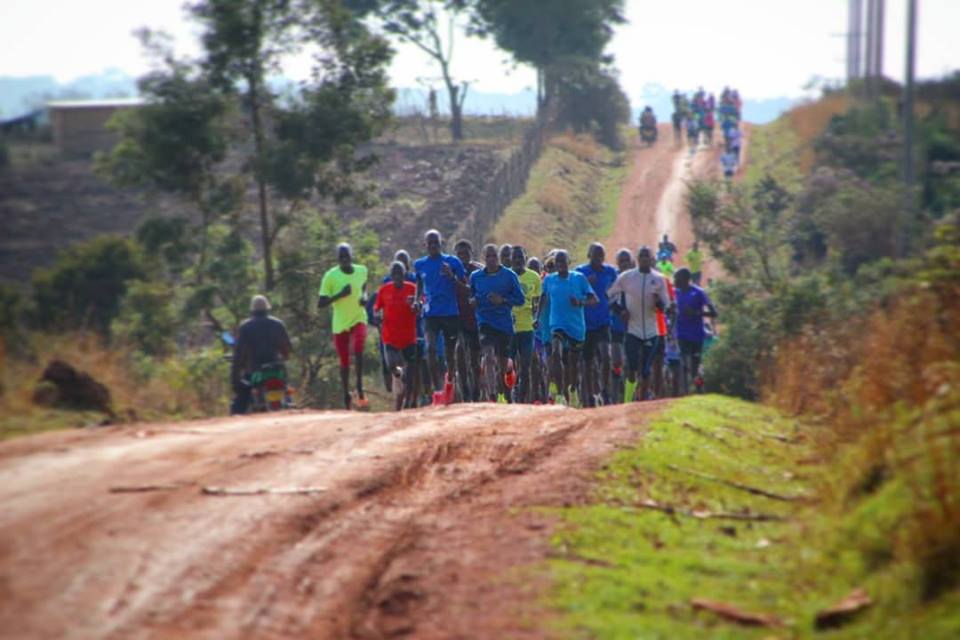 This blog is about a workout that is commonly performed by western athletes and is usually referred to as “Kenyan Hills”. It may surprise you to know that this workout is very rarely, if ever, performed by Kenyan runners!

For the benefit of those who aren’t familiar with them, ‘Kenyan Hills’ is a training session whereby you run up and down a hill for a predetermined time or as intervals. For example ‘20mins of Kenyan Hills’ or 4x5mins w/2mins recovery. The basic premise is that unlike traditional hill sessions you run hard both up and down. It’s not hard up easy down, the effort is consistent both up and down. It’s a very hard session, the effort perhaps comparable to a hard tempo run.

I was first introduced to this type of training as a teenager at my club in Winchester and we would do it most Saturday mornings at Farley Mount, which was one of our regular cross country venues. Our coach would stand at the top of a steep hill (or join in himself) and instruct us to run hard up and down until the time had elapsed. 4x5minutes was a typical session. I remember enjoying this session, although I always felt that the fast downhill running represented something of an injury risk on my gangly uncoordinated body. But it was good fun, and seemed to get us into decent shape during the winter months. Then there was the added benefit of the knowledge that I was training just like the worlds greatest runners, my heroes, the Kenyans. I don’t remember that ever being explicitly explained to me, ever being told specifically which Kenyan’s used this training, but it was implied! This is ‘Kenyan’ Hills after all. 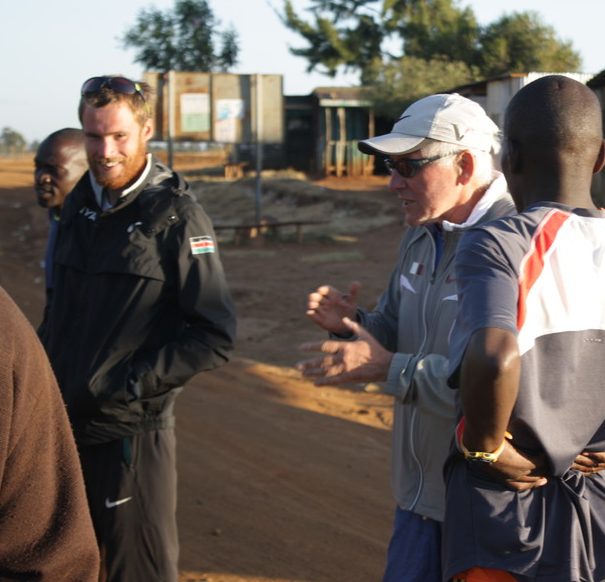 So a few years later when I finally made it to Kenya in person, this was one of the things I was most excited about. Both to witness this session in action, and to explain that I was already doing this back home since I was young. But there was a problem. I didn’t see, or hear of anyone doing this type of session in Kenya. No one. Not one runner in 4 continuous years. Hills, yes. Fast hills, slow hills, long hills, short hills, hilly long runs, hilly fast runs, hill reps of various lengths, continuous uphill runs up the valley. But no ‘Kenyan Hills’. No one was doing hard sessions of running up and down a hill at a consistent effort. The very thing that I thought encapsulated the very nature of how Kenyan runners trained. I was a bit miffed to be honest. What had I been doing all these years?

Well, I had still been doing a perfectly good training session, it just didn’t seem to have anything to do with Kenya. This article is not designed to say that this type of training is bad or wrong or without merit. Merely that, in my experience it is poorly named. Does that even matter? Maybe not. But it seems to me to be one of the biggest misnomers in distance running parlance. This article is therefore somewhat lighthearted rather than a serious training piece. It just plays on my mind every time I see or hear ‘Kenyan Hills’ being prescribed or spoken about. Therefore I felt the need to clear the air with the running community so to speak. If you are doing Kenyan Hills because you like them, and because they make you a better runner, then continue as you are. But, if you are doing them because you believe you are training like the great Kenyan runners, it may be time to think again. What’s more there may well be other lessons you can take from Kenya to use instead which would be more beneficial.

So where has the idea of ‘Kenyan Hills’ come from?

I’m not claiming that this session has never been done in Kenya before. Surely it has, and that (rare) occasion must be the origin of this now legendary mythical training session. However, it is certainly not common or a mainstay of Kenyan running, far from it. And this makes it somewhat unfortunate, in my opinion, that it is the one aspect of training which many runners in Western countries incorporate into their schedules. When so many other aspects of training which are commonplace in the great training camps in Kenya would be more beneficial for them.

The likely scenarios are

Let me explain… All runs in Kenya are hilly, and many are fast unless you are an uber elite yourself. So a typical ‘easy’ morning run for a group of elite Kenyans would have felt rather a lot like a continuous uphill and downhill tempo run to a lesser runner. Fast uphill, no respite, fast downhill, no respite, fast uphill again and so no and so forth.  For the elite locals this was an easy aerobic effort, for anyone not in that kind of shape less so! 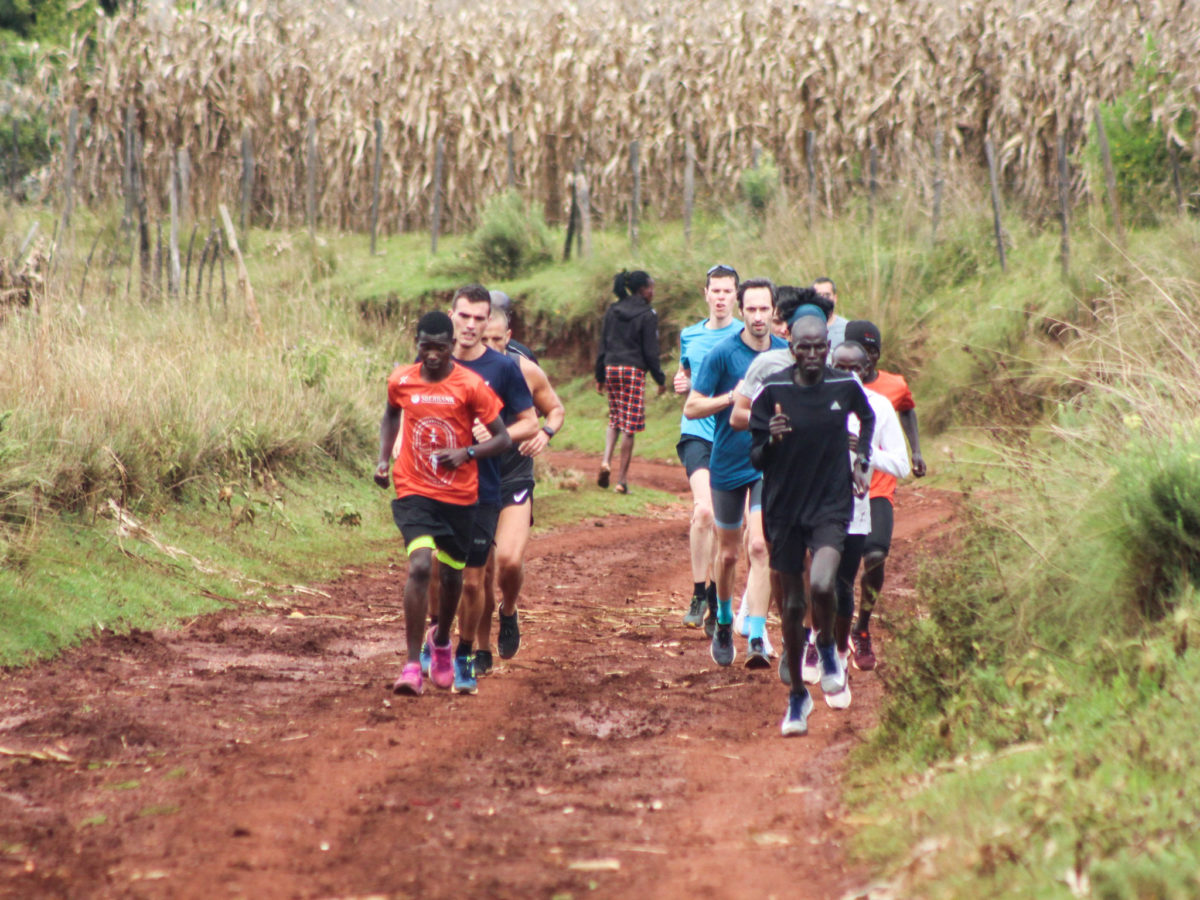 A steady state run on a typical (extremely hilly) trail like this could be misinterpreted as a ‘Kenyan Hills’ session for anyone not as fit as the elites running at easy pace!

So, again, this is not a knock on that kind of training, just a note that although it may have origins in Kenya, it is not a common or mainstay session amongst Kenyan elites.

I have two other ‘myths’ of Kenyan training I would like to share with you, namely ‘Kenyans do their easy runs super easy’ & the general idea of ‘Kenyan Drills’ but I’ll discuss those myths another time. 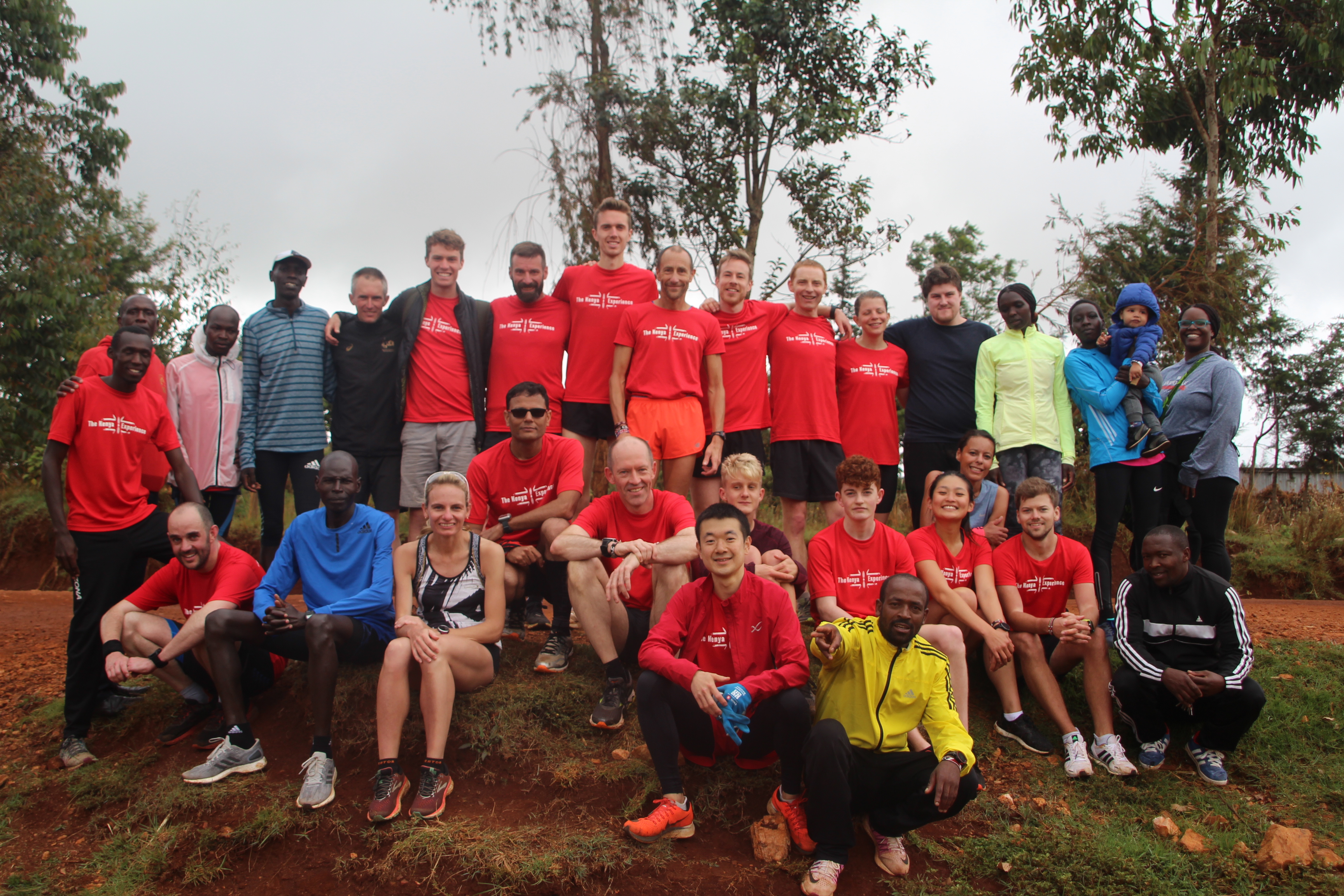 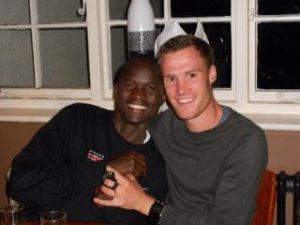