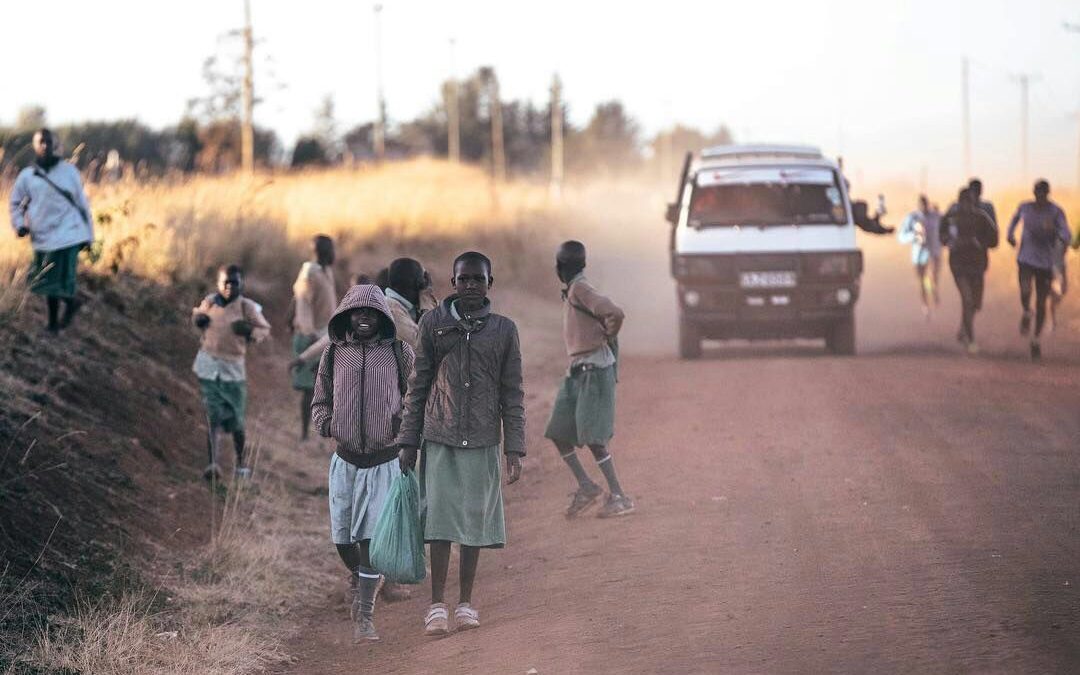 I was scrolling through my Instagram feed and stumbled across the above photo on an account named ‘notafraid2fail’ which I later learned belonged to a rather brilliant photographer called Jason. The caption simply read:

If ever a photo can capture an entire concept and explain in one image what hundreds if not thousands of journalists, runners, coaches, bloggers and sports fans have tried and mainly failed to do, then for me, this is that photo.

Looking at the photo I immediately thought to myself; That right there explains a large portion of the Kenyan running success, and it is something which is hugely overlooked. Let’s consider for a second some of the common explanations given for the Kenyan running phenomena; Altitude, genetics, diet, bone structure, a route out of poverty. These are all interesting and worthy of debate in their own right. However my experience from the past decade of being in and around the Kenyan training camps; living amongst Kenyan runners; Coaching Kenyan runners; Observing Kenyan runners and talking to and about Kenyan runners, the biggest factors in the success of Kenyan running can be witnessed in this photo.

Let’s have a look at what is going on in this photo: Kids walking to school as a group of elite runners run by. Seems innocuous enough, but there are some powerful factors at play here.  The kids are, on the whole, minding their own business, getting out the way of the approaching support vehicle and going about their daily activities as some of the biggest names in world athletics are about to pass by.  Put simply: running fast is just normal here.

Whilst the runners in Kenya are revered and respected, seeing them go by is also just a normal occurrence. Walking to school and having world class sports performers training for international competition is just a standard daily event. I don’t suppose that the youngsters in this photo were recalling the story with delight to their parents on their return home. It was just another thing which happened and the idea that being a world class runner is normal slowly trickled into their subconscious.

Think about the jobs you encountered as a youngster, or the ones you were aware of and exposed to. Chances are, that those are the same jobs which you considered as likely or possible future careers for yourself. The same happens here in Kenya, just that the job is a world class athlete. 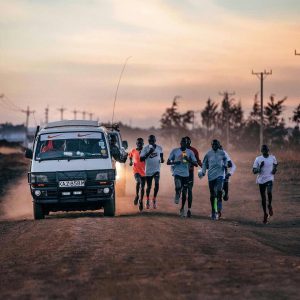 For this was not only a group of elite Kenyan runners, but perhaps the most elite of all Kenyan running groups. The eagle eyed among you will already have identified Geoffrey Kamworor and Eliud Kipchoge training as Coach Patrick Sang delivers instructions (and drinks) out the side window of the Nike branded minibus. (if you cannot see clearly enough then we recommend you visit Jason’s Instagram account for both these and other wonderful running photographs)

Now, I do not mean to downplay the significance of watching Eliud Kipchoge train as you walk to school, but rather to highlight that elite level running is simply the accepted and expected norm in these parts of rural Kenya.

It is a well known and accepted phenomena that surrounding yourself with excellence is more likely to lead you to excel. Within specific industries or activity areas this has been described by author and researcher Rasmus Ankersen as the “Gold Mine Effect’. This idea explains the powerful effect of immersing yourself in a culture which both promotes and encourages excellence in a certain field. The same can be seen in California’s Silicon Valley where the titans of tech inspire the next generation of tech start ups. Here the titans of running inspire the next generation of runners and also teach them indirectly that running success is just normal, which leads to Kenyan runners unwavering almost fanatical self confidence (which is not the same as arrogance, a trait you very rarely find amongst the best runners).

Consider also the flavala’s of Brazil where children grow up dreaming of emulating their soccer star heroes; The difference however is that the footballing stars move on to pastures greener following their success and now train in world class facilities overseas; Instead they are right here and on the same paths, tracks and roads that the kids use to get to school each morning.

The kids in rural Kenya  are simply surrounded by world class runners on a daily basis and see that they are no different to them. They also see the benefits (financially speaking) of being a runner and over a period of years, they develop the mentality of champion athletes before they have even become athletes themselves.

How many of you have felt resistance to your own running dreams and goals? Whether they are from family members who think it is a waste of time, bosses who wish you would stop popping out at lunch for runs, or just in general living in a society which is not designed to allow you to maximise your running potential (why oh why must we tarmac everything!). These barriers do not exist in Kenya and dedicating years of your life soley to becoming a good runner is not only accepted but encouraged.

It is my belief that this is one of the most if not the most powerful and significant aspects of the Kenyan running phenomena. Thousands upon thousands of children grow up surrounded by world class runners in a community which promotes running as a way of life and from a young age develop a belief and attitude that they themselves can also succeed as athletes.

We frequently see this (albeit on a smaller scale) when we host runners in Iten. The atmosphere which has been described as ‘the magic of Iten‘ and the huge psychological boost that spending time in Iten gives you is at least as valuable as the physical side of a training camp at altitude and in many cases will be the long lasting effect of training in Iten which perseveres long after the physical benefits have subsided.

Thanks for reading and we hope you enjoyed it, 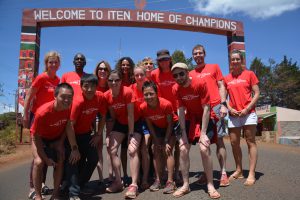