Gun Runners – The financial pressure of being a runner in Kenya 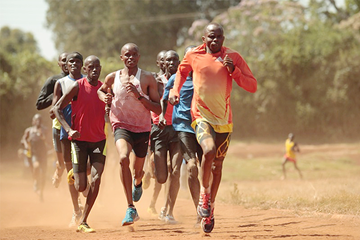 We recently recommended the film Gun Runners by Anjali Nayar which is currently available on Netflix. Aside from being a great watch in itself, the film also raised a number of issues and interesting discussion points on Kenyan running, some of which have come up in social media posts since.  I decided one such issue was worthy of it’s own post here.

This isn’t a film review; In summary the film is excellent and covers an awful lot of ground in a short space of time, following the stories of two young men in rural Kenya who leave behind lives as armed cattle rustlers to try and become athletes. 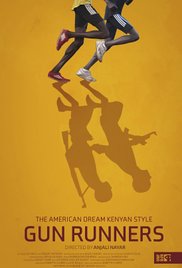 I will focus on Julius Arile, the young man depicted in the film who does go on to make a name for himself as an athlete. I want to discuss an issue which is touched upon in the film but is not part of the mainstream conversation surrounding Kenyan athletes (if such a conversation exists at all) despite being a very common problem for many Kenyan runners.

The point in case is the pressure that many athletes are under to provide for and support their families back home, and how in the majority of cases they are not able to achieve this through running. Essentially, the lack of success of most Kenyan runners, and the implications that this has on their own lives and their families.

When a young man leaves the Shamba (smallholding where Kenyan families both live and work the land often on a subsistence basis) and heads for the bright lights of a comparatively modern town like Iten to train as a runner, the pressure to return home with money for the family is immense. The vast majority of Kenyan runners never earn a penny from the sport. Jeroen Deen is a Dutch therapist who has worked with many of Kenya’s top runners. He is featured in the film treating Julius for an injury and he describes the chances of a Kenyan runner of turning the sport into a viable career as 1 in 50. 1 in 50 may not sound too bad but when the 49 others you are up against are all just as talented, hard working and diligent in their training as you are, it becomes a very hard task. Don’t forget that ascending into that top 2% doesn’t guarantee you a nice salary,  it simply earns you the right to stand on the start line of the right races and battle it out against the other ‘2%ers’ for the prizes.

A poignant moment of the film comes as Julius leaves Iten after a period of training and racing abroad and returns to visit to his remote family home.  Julius’ family are scrapping together enough money and food to survive and life is tough. They are fully anticipating that Julius will be returning to them with wealth and earnings to support the family.  After all, why else would he have left the family with 1 less worker on the farm and drained their already meagre resources to fund his initial travel and accommodation in Iten to train as a runner.

Unfortunately, Julius arrives empty handed having not earned a penny from the sport despite having raced abroad. After being taken the wing of manager Zane Branson he was provided with support in Iten in the shape of housing, coaching and running shoes as well as race opportunities, but so far Julius is one of the nearly men.

In a heart-wrenching scene Julius’ elderly mother is inspecting a large trophy Julius has won and is deploring him for it’s uselessness. To paraphrase her “I am hungry and suffering, and my son is nowhere, all you bring me is this object but how does it help me? How can I eat this when I am hungry?’ His brother goes on to question (Again paraphrased) ‘Why are you wasting your time in Iten when you have achieved nothing” and insisting that he give up his foolish dream as a runner and return to the family home to help look after their mother and work the land. 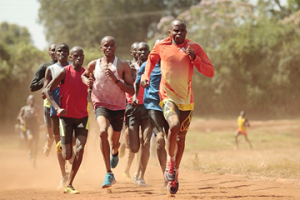 This is is a scene which will have played out for many young runners living in Iten who flock there as aspiring actors do to LA. The common scenario is that a young man (and increasingly so a young women) who has shown promise in local races or at school, persuades the family to provide the funding to allow them to travel to Iten and live as an athlete.  Their conviction is that the investment (small in absolute terms, but massive relative to the family’s overall wealth) will be returned with huge dividends when they become the next star Kenyan runner winning in New York, London or Boston.

The reality is a far cry from this simplistic dream with only the very best having broken into the minority group who earn a living from the sport. Of course not all will be met with anger and disappointment when this is the case, but there will be a large number of Kenyan runners for whom this situation becomes an unwanted reality

To side track from the film for a moment…

I remember collecting Renato Canova (Coach to many of Kenya’s top runners) from Eldoret Airpot in early 2012 along with some of the athletes who had just returned from Dubai Marathon in his Toyota Minibus. Renato was retelling the story of the race and emphasising the strength in depth of world marathoning by explaining that prize money only extended to the top 10 and that had taken a time of 2hours and 6minutes.

In his typically passionate manor Renato explained that “2hours and 7minutes is now good enough only for a T-Shirt”. An unidentified voice from the back seat of the minibus interjected “No – no T-Shirt”.  Whilst it was an amusing moment, it was also a harsh reminder of the realities of top level distance running. Sat behind me was a man who had trained for months and months for this one race, run a quite stunning time I presume in the 2hr 7- 9 bracket (I never identified exactly who the rest of our passengers were) and went home with nothing to show for his efforts.

Behind the smiles and friendly welcoming demeanour of Kenyan runners in Iten there is an immense pressure to turn their hard work into cash and to provide for extended families who are relying on them back in their rural homes and for most this is an eventuality which is never to materialise.

This is not designed to be a doom and gloom piece; After all it is evident to everyone who visits Iten just how much the runners there enjoy their lives as athletes, even if they do not eventually end up ‘making it’. Iten is also a gateway for many who go on to forge successful careers off the back of their training in the wider running industry.  Physiotherapist, massage therapist, local talent scout or coach for international groups and teams are all viable routes for runners whose initial dreams of stardom didn’t materialise.  The emerging sports tourism trade in Iten also provides additional employment for athletes as guides, coaches and pace runners as well as increasing the employment opportunities in local hotels, restaurants and other important infrastructure work.

Now if you haven’t already go and see the film…

(P.S – I had hoped that this wasn’t necessary to write on what is a free blog for information and enjoyment purposes, but after discovering my previous blog on Wilson Kipsang being sold as an E-Book on another website without any credits being given to the original source of the material, I would like to point out that all writing contained in this (and all other) blogs on this website remains the IP of The Kenya Experience and should only be reproduced with full credit to the original source.)