Marathon Season is Upon Us: The depth of Kenyan Running 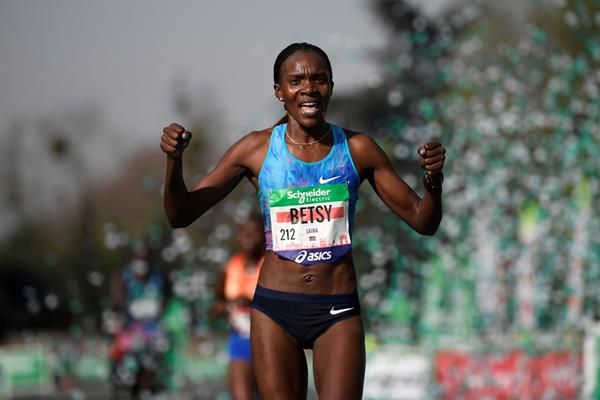 Wow, what a weekend of road racing. With major races in Milan, Rotterdam, Rome, Prague, Berlin, Istanbul and Paris as well as in Asia and the United States there was seemingly fast running everywhere you looked this weekend.  Although road races take place around the calendar it really felt as though road race season really kicked in to gear this weekend.

Perhaps inevitably, many of the winners came from Kenya and Ethiopia. Weekends like this really highlight the depth that underpins East African distance running.

Sub 60 has previously been considered the absolute pinnacle of half marathon running. This weekend there were sub 60’s posted in Berlin, Istanbul and Prague. None of the winners were household names (and we are talking about households who follow distance running closely) The depth is simply staggering.

On the women’s side, we were most impressed with Joan Chelimo, an athlete we have seen developing in front of our very eyes in Iten Kenya over the years. Joan posted the 4th fastest time ever in winning in Prague in 65:04. 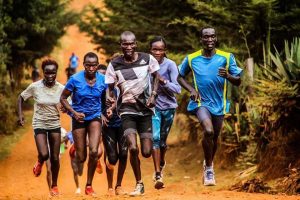 Joan Chelimo in the purple top, second from the right, training in Iten Kenya

You can watch a brief highlight video from Prague here

In Berlin, it was the mens race which caught the eye as Erick Kiptanui dominated to win in 58:42. Erick followed pacemaker Vincent Kipchumba through 10km in 27:32 as he attempted to take down the half marathon world record. He slowed slightly in the second half in what was an entirely solo effort from the moment the pacer dropped at around 12km. Kiptanui is a name not known to most until now. He had been focusing on middle distance racing before this year with a PB of 3:37 for 1500m (at altitude in Kenya). The well muscled Kiptanui does look like a middle distance man, but it was clear that the Renato Canova coached member of NN Running Team, has indeed made the right decision to step up to the longer distances as he powered away from the field in Berlin.

Over the marathon distance, we were delighted to see a win for Betsy Saina. Betsy is a popular figure amongst the Iten training camps; Ever smiling, Saina has in the past few years split her training base between Iten and the US where she has trained with the Bowerman Track Club whose membership includes American star Shalane Flanagan.

Saina needed to call on all her reserves to win a close sprint finish in 2hr 22:54 from second place finisher, compatriot, Ruth Chepngetich just 5 seconds back.

The men’s winner in Paris, Paul Lonyangata, is very familiar to some Kenya Experience runners after we visited him at his training camp in Kaptagat in January this year. He successfully defended his Paris crown powering away from a Kenyan clean sweep of the top places, finishing in 2hr 06:25. 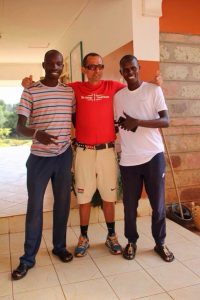 Other Kenyan victories this weekend included regular Kenneth Kipkemoi in Rotterdam where he took the win in 2:05:44 with compatriot Visiline Jepkesho following suit in the women’s race in 2:23:47; Rome Marathon for Comsas Birech who won in just outside 2:08; Veteran Agnes Kiprop won in Hamburg in 2hr 32; Lucy Kabuu, who hasa 2hr 19 PB showed that she is still a force to be reckoned with by taking the title in Milan in 2hr 29, and there were further victories around the globe for Kenyan runners.

This weekend has certainly put us in the mood for the rest of spring marathon season. Boston Marathon and London Marathon are just around the corner…

www.traininkenya.com Training Camps in Kenya for runners of all levels